Indian Cuisine is as famous for its spices, as it is for its sweets. India boasts of a myriad selection of desserts, to appeal to those who have the craving for that extra bout of sugar. The reason behind such abundance is the availability of fresh produce of milk all over the country; a major proportion of Indian sweets tend to be milk based. One for the light evening snack, one for that sumptuous meal at a 5 star hotel in Delhi,  and one for any auspicious occasion – we, Indians have a specific sweet for every event. A reflection of its diverse heritage and culture, different regions of the country have different varieties of sweetmeats. Here’s an assortment of the ten most delectable sweets you must taste when in India,

Originating in West Bengal, the “Rosogolla”, has been at the centre of debates in recent times. Spherical in shape, this has a sponge like texture and is soft.  They are made of cottage cheese and semolina dough, dipped in a light sugary syrup. Cliched yet authentic, Rasgulla is one the most well-known sweetmeats of the county, perfect for stuffing the mouth of your loved one with one of these in any happy occasion. If you're visiting the city of Joy, you can ask the staff, where to find authentic rasgulla at your hotel in Kolkata.

Shaped like a quadrangle or a diamond, this iconic Indian sweet is made from cashew nuts. Barfi refers to the shape of the sweet, whereas Kaju means cashew which is its main ingredient. This expensive Indian sweetmeat had its origins in Rajasthan, though it is found almost all over the subcontinent. The Kaju Barfi is considered the perfect sweet for auspicious events, and are widely distributed during festivals like Diwali.

The Ladoo owes its name to its shape, which is round or spherical. This Indian sweetmeat had its origins in North India, and abounds in the entirety of the subcontinent now. This is made up of flour, sugar and ample amounts of ghee. As it can be preserved for longer periods of time, these are often shipped all across the country and abroad as gifts.

This Indian sweetmeat hails from the Southern part of the country, from the villages of Tamil Nadu and Kerala, and makes is common appearances in South Indian restaurant and hotels in Bangalore. These are orange coloured soft candies, and on the higher side of the sweet spectrum. Though Thaen means honey, they are not actually made of honey, but are called so because of their sweet taste. This is made of rice, urad dal and ample amounts of sugar. One of the oldest sweets of India, this is perfect for a tea time snack.

Another sweet dish from South India, this is made from rice, moong lentils, dollops of ghee, with a proportion of jaggery or sugar, and sprinkled with a variety of nuts. Sweet Pongal is a special dish offered to the gods and goddesses on religious ceremonies. It is prepared in almost every South Indian home, on the day of the Pongal festival.

Hailing from the city of Mysore, this is the sweet Indians from all over the country ask someone visiting Bangalore to bring over. Its colour is yellow with tints of roasted brown. It is a one of a kind sweet which instantly melts in the mouth as it is dipped in ghee. Flavoured with honey, cardamom and other spices, this has a long shelf life and can therefore be given as gifts. While most sweets shops, restaurants and hotels in Bangalore offer the soft Mysore pak, the original variant of the sweet was porous with a bit of a crunch.

That perfect end to a Biriyani, this Indian sweet dish is associated with the holy festival of Ramzan or Eid. It is made up of rice, wheat and condensed milk which is then cooled. It is often flavoured with cardamom or rosewater, and topped with ample amounts of nuts like pistachio. A kind of rice pudding, this originated during the Mughal Empire, and is relished till this day. The restaurants and hotels in Delhi serve delicious phirni, due to it being the center of the once Mughal empire.

This Indian sweetmeat has its origins in the Western part of the subcontinent, in Gujarat, Maharashtra, Punjab and Rajasthan. Though flaky in texture, the Soan Papdi melts in the mouth the very moment it is consumed. Made from flour, milk, sugar and ghee, this is suited to the taste of those who prefer a little less sugar in their sweets. Owing to its long shelf life and plenty of industrial production, it is distributed during festivals like Diwali.

This is a sweet pudding made from grated carrots and condensed milk. This sweet dish emerged during the Mughal period, and is widely distributed during Indian festivals like Raksha Bandhan, Holi, Eid and others. A staple dessert during winter, it is often garnished with nuts and spices to add a dash of flavour.

This is a cold dessert served after a heavy meal. Its main ingredient in mango, and so, this sweet dish is a summer favourite among Indians. It is made by mixing Greek yoghurt and pulp from fresh mangoes, it helps the body cope with the extreme heat outside. Originating in the Western states of India, like Gujarat and Maharashtra, this sweet dish represents the comfort of the Indian home. Aam shrikan being made of dahi, is quite famous in Gujrat, where dairy products are very much consumed, and easily available as a dessert in restaurant and hotels in Ahmedabad,

These were few of the many amazing sweet delicacies that we Indians are crazy about. It doesn't really matter which state these belongs to or what is their origin, after a heavy meal or as a late night snack, sweets are a necessity. They're the perfect companion to the spicy curries and piquant sauces, these delectable desserts or sweetmeats of India represents the diversity of its cultural heritage. Some of these are industrially manufactured and shipped, while some are still prepared locally at Indian homes, together, these delicious sweets delineate opulence and lavishness on one hand, and simplicity and comfort on the other. 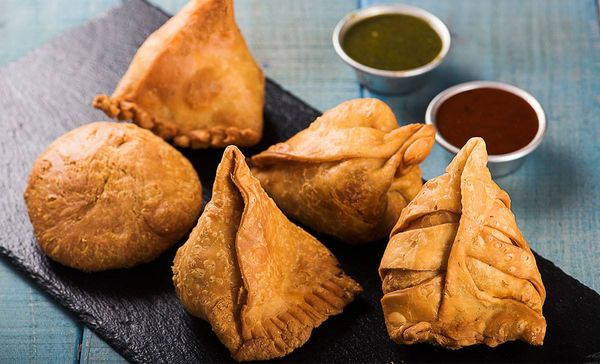 India is famous as a country of great diversity, and the diverse culture in every state is something we all are proud of. There is diversity in how people of different states converse, celebrates festivals, or even the snacks they have. This gives birth to the famous saying, "Unity in diversity".

The royal dish itself, biryani, are perhaps the most complete meal India has produced. Loved by food lovers, throughout India of all culture and food habits, Biryani is just heavenly in every right.

MiStay Travel Blog
—
Have a Sweet Tooth? Here Are 10 Luscious Sweets India Has to Offer
Share this