Do you know the city of Nanded in Maharashtra holds a significant place in Sikhism? If not, then stay on here. Nanded lies on the banks of river Godavari. It is the second largest state in the Marwada area of Maharashtra.

Hazur Sahib Gurudwara is one of the most visited places in Nanded. So, if you haven't heard about this spiritual place of Nanded, I will tell you five enchanting things about Hazur Sahib that you probably don't know. So, buck up for seat belts & let me ride you on the journey of Hazur Sahib Gurudwara!

I. One of the Panch Takhts

Nanded city is one of the oldest cities with a rich history. The dynasties of Satvahans, Chalukyas, Rashtrakutas, Yadavs, Bahamanis, Adilshahis, and then Mughals ruled Nanded city.

In 1708, the last & tenth guru of Sikhism Guru Gobind Singh decided to settle in Nanded & constructed the last takht of Sikhism as Hazur Sahib Gurudwara. In this place, Guru Sahib completed the holy book Guru Granth Sahib. He passed the flagship onto this spiritual book before his death in 1708. Sounds so historic? Plan your next trip to Nanded & book a hotel for a few hours in Pune for your stay.

III. Story behind the construction of the Gurudwara

In 1609, the sixth Sikh Guru Hargobind Singh built Akal Takht near the Golden Temple of Amritsar. He decided to use this building as a physical representation of the spiritual power on Earth. People also gathered here to get justice or fair solutions to their problems.

After 90 years, the tenth Sikh Guru established Khalsa to protect innocent people from the Mughal army. Mughals were killing people on the pretext of their religious beliefs. He decided to make a warrior army so that they fight against the injustice of the Mughals. So, he founded Takht Sri Keshgarh Sahib in Anandpur Sahib in 1699. You can still find the weapons of Guru Gobind Singh here in this gurudwara.

Then in 1705, Guru Sahib stayed in Talwani Sabo for a year & completed the final edition of his learnings & teachings in the Guru Granth Sahib. In 1708, Guru Sahib came to Nanded & decided to make it his permanent home. He decided that there would be no need to have any human as a Guru after him. He preached to his followers that they should consider the book Guru Granth Sahib as their guiding Guru. From then, all the people practicing the Sikh religion started worshipping the holy book Guru Granth Sahib as their Guru. The place is known as Takht Sahib.

Under the direction of Maharaja Ranjit Singh, Gurudwara Hazur Sahib was constructed from 1832 to 1837. So, that's the whole story behind the construction of this Gurudwara. Sounds intriguing? Plan your trip & stay in cost-effective rooms at hourly hotel in Pune during your layover to Nanded.

A. Bunga Mai Bhago Building - Mata Bhag Kaur was an exceptionally skilled female Sikh warrior who fought bravely against the Mughals in 1705. Bunga Mai Bhago building was named after Mata Bhag Kaur. The building has one large room where you can find the Guru Granth Sahib beautifully kept on an elevated platform under the decorated canopy. Here, you can look at some treasured possessions of Guru Gobind Singh, like a knife, valuable stones, a bunch of 35 bolts, and five spectacular swords.

B. Angitha Sahib- This is the place where Guru Gobind Singh was cremated. A bench-type structure was made surrounding the cremation place and collectively this place is called Takht Sachkhand Sri Hazoor Sri Abchal Nagar Sahib.

V. Other Interesting Things to Witness

Make sure to have langar served within the Gurudwara premises. Langar is the free food served from the community kitchen for all the visitors & devotees. You can do service in the langar room by serving food to the coming visitors, or by washing dishes.

Don't miss out on the laser show in the Gurudwara every evening. You can view the life story of ten Sikh Gurus along with the background narration voice of a famous singer Jagjit Singh.

Gurudwara Nagina Ghat & Gurudwara Bandi Ghat are near the Hazur Sahib. You can even walk about 400 meters to reach there. You can also visit the white marble-built Gurudwara Shikar Ghat Sahib & Gurudwara Heera Ghat Sahib. Guru Sri Mata Sahib Gurudwara was built in the memory of the wife of Guru Gobind Singh, Mata Sahib Kaur.

When you are visiting Nanded, you can explore Sahastrakund where you can witness awe-inspiring waterfall on the Penganga river at Murli village. You can also relish mind-blowing views of the city from the Nanded Fort. Sounds so vintage & historic! Plan your holidays to Nanded and book hourly hotel in Pune from MiStay so that you can pay only for the time you stay.

So, when are you visiting Nanded? 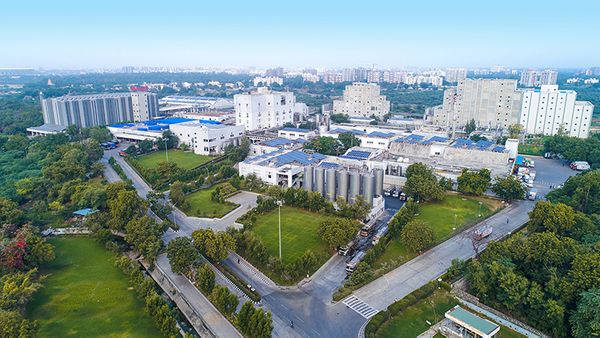 Have you ever gone to a place where you said, "Wow, this one company is the basis of the whole city's existence!" Many places in India have grown with the company or factories 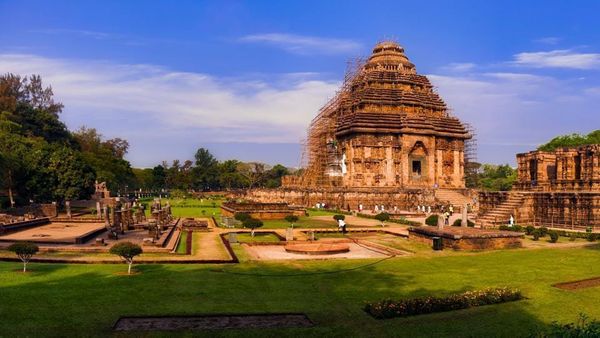 Do you know about the mysteries of the Konark Sun Temple? If not, the blog is for you! The Sun Temple of Konark located in Odisha is one of the most recognizable temple