Food is a vital component of any city. Whenever you are looking to travel, it is a must that you plan to have a good taste of the local cuisine. Most travelers also happen to be foodie, and why wouldn’t they be? Food is so versatile and every place has its own specialty, something that can never be replicated anywhere else.

And when we talk of food, it is a must to include the King of Indian dishes, biryani. Biryani is an extremely popular Indian dish made with rice, meat, a combination of spices, and sometimes vegetables and eggs. It is a perfect depiction of Mughlai cuisine. Since its inception, biryani has come to adapt to suit the regional palates of people in different areas. Amongst the many biryanis that are now known and loved across the Indian subcontinent are the Hyderabadi biryani, the Awadhi biryani, the Sindhi biryani, the Bombay biryani, the Kolkata biryani, the Ambur biryani, the Thalassery biryani, and many more.

Today we bring to you seven of the most popular biryani locations across India offering different kinds of biryani. Read on to find out more!

First on our list is the extremely popular Paradise biryani, located in Hyderabad in the state of Telangana. Every biryani enthusiast has heard of this fabled place. Their signature Hyderabadi is a hit among not only locals but also indian and international tourists. They also offer 3 other types of biryani including mouth watering veg biryani. Their other popular dishes include Kebabs, Irani Chai, and Double ka meetha. Address: Multiple locations across Hyderabad, including other cities like Mumbai, Kolkata, Bengaluru, Chennai and Gurugram.

The quintessential Mughlai dish, Awadhi or Lucknowi biryani is best when had at Wahid’s biryani. In their own words, “Wahid Biryani is an Awadhi Rice Dish made with the combination of 55 spices and ingredients, and these ingredients are the elegance of this Biryani.” Established about 60 years ago, this place has managed to reserve its reputation and taste over changing times and changing people.

Another highly popular biryani spot in the city of Hyderabad is Hotel shadab. The Hyderabadi style of biryani of Hotel shadab is argued by many to be better than Paradise biryani! You can try both for yourself and be the judge. Check out short stay hotels and hotels for a day in Hyderabad on our website.

Located near the Charminar, their most popular type of biryani is the mutton biryani. During the Ramadan months, the place is crowded just for a plate of Ramadan special dishes like Haleem.

A go to place for non vegetarian delicacies in Delhi is Karim’s. often described as arguably the city's most famous culinary destination, Karim’s has a historical reputation dating back to the Mughal era. If you are in Delhi, Karim’s is a must visit.

The Noor Mohammadi Restaurant and Hotel has served meat lovers for over a whopping 90 years. They serve delectable non vegetarian dishes like nihari, kebabs and various types of biryanis. But one of their most popular and unique dishes is the chicken white biryani which makes use of a white masala instead of the typical red and brown combination.

Ending the list with an entry from the east, we have Kabuliwala, a very popular restaurant located in Kolkata, West Bengal. They are known for their exclusive delivery only feature with microwavable plates. They also deliver as late as midnight for those late eaters.S

And that is all on our list of the best biryani places to visit in India. Check out our blog for more such articles and our website to book hotels on an hourly basis

If you have ever traveled with kids in tow, you would know how difficult the trip becomes. Yes, we know they are adorable and can be so cute in unexpected ways but they 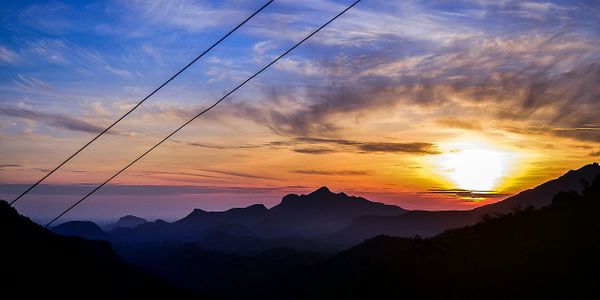 Kerala is an Indian state located on the Malabar coast in the southern part of the country. It has a major Malayalam speaking population and the local government is a healthy functioning democratic-communist