Everybody loves kebabs, and it is hard to resist those scrumptious pieces of meat, cooked with a different style and spices, each with their own unique taste. Indian having a strong Islamic and Mughal influence due to the once rampant, great Mughal dynasty, is home to few of the most unique variants of kebabs to salivate on. From different sides of the country, one can find a new type of kebab in every city. So to make things easier for kebab lovers, here are 5 unique kebabs in India and where to find them

Making its way all the way from Hyderabad, Shami kebabs are the ideal snack kebabs. A common dish in restaurants and hotels in Hyderabad but also famous in Punjab, UP, Pakistan and even Bangladesh. The Shami Kebab consists of a small patty of minced meat, accompanied by chickpeas and eggs, to hold the meat together. The most common meats used for shami kebab are beef and mutton, while other choices of meat can be used, and a vegetarian version can also be created. The flavoursome snack is are on the heavier side of calories, and are best had with some sauce, salad and lemon garnishing on the top. There are amazing restaurants and hotels in Hyderbad serving some delicious Shami Kebab, but Mota Kebabi at Kondpur is a great option,

The melt in your mouth delicacy, invented in the city of Nawabs, Lucknow, Galoti kebabs is a flavour bomb. Galouti literally translates to soft, hence the appropriate name. While there is an appetizing chicken version of the Galuti Kebab, it is best had when made of Mutton. Apart from the meat, the kebabs consist of a plethora of spices like coriander seed, star anise, mace, green cardimon, peppercorn, nutmeg etc. The masala mix is created roasting the spices, and other ingredients like brown onion paste, ginger garlic paste, mint leaves, chana dal, and some kewra water are also used. While Lucknow is its origin, Gulati's in Delhi NCR serves one of the best galouti kebabs in the country. If you're around the city with your partner and planning to visit Gulati you can book a couple friendly hotel in Delhi to make your visit more comfortable.

Having its origin in the Bangladesh, Sutli or Suti Kebab is like the cousin of Seekh Kebab. It is easy to mistaken it as seekh kebab due to the bot being cooked on seekh, but upon close inspection, one can notice the meat on Sutli Kebab is tied to the seekh. As very slim pieces of meats are used on the seekers, the thread is needed, or else the meat might drip off while being cooked. The name suti is probably due to the fact suti in Bengali means cotton, which is the type thread used to hold the mead on the seekhs. Traditionally beef is used for the kebab, and preparation consists of your usual spices like white poppy seed paste, coriander powered, pappy paste, mustard paste etc. Tracing a Sutli Kebab shop can be a bit rare, but your best bets are the restaurants and hotels in Kolkata. One such famous shop is Adam Kabab Shop, tucked in corners around Central Metro station, the small shop serves the best Sutli Kebab hands down no question asked.

Another kebab owning its roots to the Mughal empire, Barrah Kebab is one of the most scrumptious dishes you'll ever have. Mutton Chops cooked over dry heat in a Tandoor make the kebabs ever so succulent. The classic combo of papaya paste and yoghurt is used again, but for Barrah Kebab the meat is kept for marination for a longer period. When cooked perfectly the meat is tender, spicy and smoky, making it any kebab lovers wet dream. Another kebab available wide across most kebab centric restaurants and hotels in Delhi. The original Karim's at Jama Masjid serves one of the best Barrah Kebab in the country.

Original Chelo Kebab is an Iranian dish, consisting of steamed rice, variety of local kebabs from Iran, and is considered the national dish of Iran. Now in India things are done a bit different as you might know, similarly, the origin of Chelo kebab in India goes to the legendary restaurant of Peter Cat in the city of Joy, Kolkata. Chelo Kebabs was the brainchild of founder Nitin Kothari. While kebabs are normally a North Indian dish eaten with roti in India, Mr Kothari in a Telegraph interview said, he liked the rice with his Kebabs, and the Bengalis love their rice. So he put kebabs and rice together, he added egg because he loved that too, and everybody loves butter and came the Chelo Kebabs. This version of dishes has been copied by multiple restaurants and hotels in Kolkata, as well in India.

Hailing its origin from the Mughal cuisine in India, Kalmi kebab is a dish made with leg pieces that'll make anyone salivating. The kebabs are normally creamy in taste with the flavour of mild spice. The masala used in the preparation is as mentioned is rich and creamy, and this is due to the use of ground cashews and cheese, which is later mixed with hung yoghurt. Kalmi Kebab is originally from Baluchistan, which the Mughals popularized in India, hence one can have a good Kalmi kebab in the restaurants and hotels in Delhi. Al Nawaz restaurant in Jasola serves a delicious Kalmi kebab, that'll make you coming for more.

These were just a few of many delicious kebabs available in India. There is truly no wrong time to have kebabs, from lunch to snacks to dinner, there is a kebab for every occasion. May you be on a weekend getaway with your partner to a couple friendly hotel in Mumbai, or travelling to Bangalore for some work, if you see one of these Kebabs available at any eatery, surely give them a shot and be prepared for a good time. 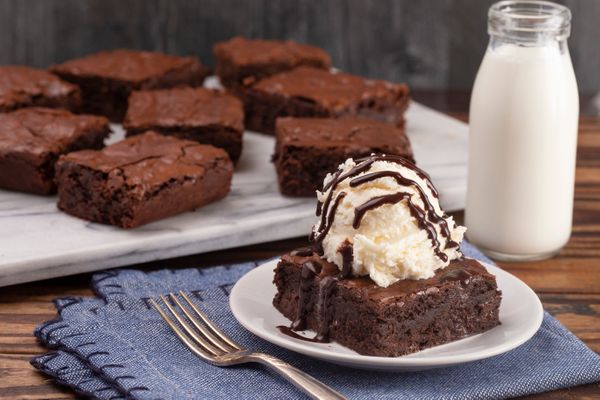 So do you like desserts, and your partner? Do you struggle to find a perfect dessert much more than finding a couple friendly hotel? If you have face the same complication, and want to know some go to places to in different cities for desserts, you've come to the right place.

The gentle man's game, cricket has a different from most sports. While most sports try to pack everything in small amount of time, the best of cricket thrives in long game days, a testament to the patience and discipline to the players.