Books are magical. No matter what genre you are into, if you read books you know that each good book has the ability to make you feel what the author felt when they wrote out each sentence, each word. The power of making people imagine just through written words is overpowered.

And Readers are also a special breed. They have the superpower of losing all sense of time, place, and being that belongs to them while fully immersing themselves in a novel. They have the ability to sort of teleport out of this world and into the world of whatever they are reading, and feel present in whatever is taking place over there, which is why traveling and reading go hand in hand. It is sometimes very envying to see them pouring over a book that they probably love more than most people.

If you or a significant other are an avid reader, you would know exactly what I am talking about. Those relentless nights of staying up to finish ‘just one more chapter’ as the clock keeps ticking by are all too common for you.

And many times when such books take us to their world, we are left craving for more. But alas! A book can only last so long. We are left with nothing but a feeling of melancholic happiness paired with emptiness in the gut.

However, this thirst for going back into the world can rightly be fulfilled by travelling! If you are in a reading slump thanks to a book that knocked you over, or if you want to waken or reawaken your love for travelling, or if you just want to read books with travel in them, we have just the list for you!

The first on our list definitely has to be ‘The Alchemist’ by the Brazilian author who took the world by storm, Paulo Coelho. ‘The Alchemist’ happens to be his most popular and widely read novel across the world and was published first in 1988.

Paulo Coelho wrote The Alchemist in only two weeks in 1987. He explained that he was able to write at this pace because the story was "already written in [his] soul."

The constant theme in The Alchemist is to pursue your dreams by following what your heart desires. It is a book with very many quotes that will strike your heart, and leave you feeling inspired to the core.

Written by the Canadian author Yann Martel and published in 2001, ‘Life of Pi’ is a philosophical novel. It has managed to sell over 10 million copies across the globe and has also been successfully adapted into a movie of the same name which won global recognition and awards.

The novel follows the story of a young boy, Pi, who belongs to a hindi speaking family from Pondicherry. He is stranded on a lifeboat with a Bengal tiger for 227 days and questions the meaning of life and spirituality.

This novel was published over a century before all the others in this list! A classic novel, ‘Around the World in 80 Days’ written by the French author Jules Verne was first published in 1872.

It follows the story of a London gentleman, Phileas Fogg who along with his newly acquired French butler, Passepartout sets out on an adventure to go around the world in only 80 days, on a wager set by his friends at the ‘Reform club’.

Covering around twelve different countries, including India, with the starting and ending point being London, the novel takes you on a journey of a lifetime with memorable characters.

Another masterpiece by Paulo Coelho, this one encapsulates the adventures of his own pilgrimage with his wife, also being written in 1987. The novel is a recollection of Paulo's experiences as he made his way across northern Spain on a pilgrimage to Santiago de Compostela. It is equal parts spiritual and adventure, and is widely known as a self-help book too.

This is a perfect book to read with your significant other. To book couple friendly hotels visit our website.

Something very nostalgic to most of us, we bring to you ‘The Adventures of Tintin’, written by the Belgian author Herge first in 1929. It is a very widely popular comic series that will take you back to your childhood and also across the world at the same time.

The series follows a young Belgian reporter, Tintin, who along with his dog, Snowy goes round the world. It is a light hearted series comprising 24 volumes which will take you down the memory lane.

A highly loved modern book amongst travellers, ‘Vagabonding: An Uncommon Guide to the Art of Long-Term World Travel’ written by Rolf Botts in the year 2022.

The book delves into the different aspects of travelling long term. As said in the words of Tim Ferriss, from the foreword, “Vagabonding easily remains in my top-10 list of life-changing books. Why? Because one incredible trip, especially a long-term trip, can change your life forever. And Vagabonding teaches you how to travel (and think), not just for one trip, but for the rest of your life.”

‘Eat, Pray, Love: One Woman's Search for Everything Across Italy, India and Indonesia’ is a novel written by American author Elizabeth Gilbert and published in the year 2006.

The novel is a personal memoir which recounts her adventures of travelling around the world after her divorce.

Jennifer Egan, The New York Times, says that Gilbert's prose is "fueled by a mix of intelligence, wit and colloquial exuberance that is close to irresistible" but also that the book "drags" in the middle.

And that marks the end of our list of 7 books that will make you fall in love with travelling. We have made sure to include everything, like classics, comics, spirituality and personal memoirs. Enjoy reading! 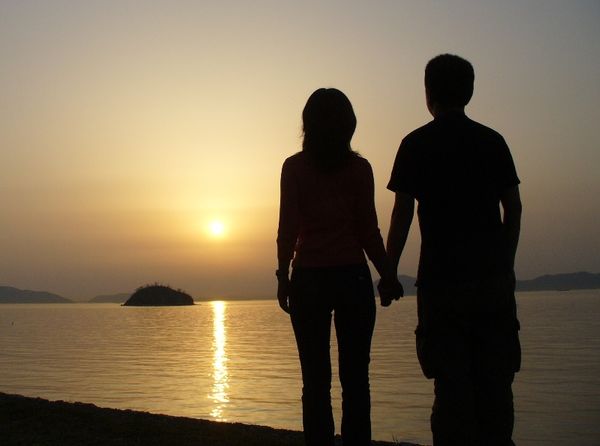 Being in a relationship with someone you truly love can be pretty amazing to say the least. They understand you, you understand them, both of you love each other unconditionally, and you both

Dharamshala is a quaint little city located in the laps of the Kangra valley in the state of Himachal Pradesh. It has been known as the centre for a large Tibetan population for