India is known and appreciated for its deep cultural values it signifies. Religion is a man's faith that they abide by and resort to when in time of doubt or happiness. Let me tell you about the different religions that are followed in India.

Dating back to the stone age humans were primarily occupied in searching for food and shelter for survival. The people then didn’t understand the mechanism of life and situated everything with their own will, understandable as they were completely unaware of the idea of religion and faith. Unexplained of the facts, these people hence started believing their own stories.

Today the scenario is much different. You will find all kinds of groups who are much informed of the faith they are praying to and what it stands for. Learn about more than the traditions of the religious and dig into the history and origin also. Take your path to exploring religion by visiting religious locations by booking rooms on hourly basis now.

Buddhism goes back to the 5th century BCE. Buddhism was followed as an innovative response in the time of change. A prince named Siddhartha Gautama left the materialistic world behind his family, palace and status in search of questions surrounding suffering, its causes, gaining relief from suffering and death etc. He wanted to know whether freedom from suffering and death is possible. His years of meditation and dedication resulted in Buddha, the awakened one. His discovery led to teachings of Dharma, the way of life, ideas and understanding the truth.

Buddhist established institutions that grounded the communities for them to achieve enlightenment. Those who dedicate their lives to learning from Buddha are called Sangha. Buddhism promoted itself by being adaptable to circumstances. Buddha said about his long career of teaching, "Both formally, and now, it is only suffering and the stopping of suffering that I describe.”

Jainism came to existence around the same time as Buddhism did, established by Mahavira in 500 BC. They both believe that reincarnation leads to liberalisation and the difference comes in ascetic beliefs. Mahavira was completely ascetic in a sense that he did not opt to wear clothing items. Mahavira gained enlightenment in after long meditation after which he preached Jainism for 30 years and died at Parva. Jainism revolves around the core belief of non-violence. Jains revolve around the idea that everything has life all living organisms on Earth. The religion believes in not hurting anyone and following a vegetarian diet.

The dedicators who have submitted their life are called sadhu and sadhvi’s. They believe in covering their mouths to prevent swallowing small organisms, not walking during rains to not hurt any small insect by any chance. Primarily Jains don’t get involved in business that could kill any being directly or indirectly.

Established in Punjab in 1500 CE when Nine gurus followed Guru Nanak and developed Sikh faith which emerged in the community around. Sikhs focus of their relationship with God and getting closer to God.

By the time of sixth guru, Guru Arjan Sikhism was well established, he compiled the first Sikh authorized book Adi Granth. To protect their faith Sikh’s have fought many battles, the sixth guru Hargobind started to militarise the community for it. To defend sikhs faith the tenth guru, Gobind Singh recreated military group of men and women called Khalsa this entire restoration has kept the Sikh belief unshaken.

Islam is known to be originated in 7th century in the city of Mecca. Situated in the center of Mecca was a cuboid structure called Kabba built first by the prophet Adam and rebuilt by prophet Abraham for worshiping Allah. The significant source of Islamic texts came from Quran, Muhammad, son of Abdullah who was visited by angel Gabriel who commanded him recite and shared a few book which translated to Quran.

The Quran reminded people that they were accountable to God for their actions. It declares itself to be telling the truth about Torah, the psalms, and the Gospels. Muhammad by the end of his mission provided that the Quran calls a beautiful example of the way to live in accordance with God's will, which Muslims from then until today have endeavored to emulate.

Christianity can be explained through jewish scriptures which tells that the first humans God created Adam and Eve disobeyed God to which he released suffering and death on them but also left with great mercy. Christians interpreted the scriptures as prophecy of the coming of Messiah Jesus. From the letters by Paul and companions it is believed death of Jesus brought eternal salvation and that it was part of God’s plan.

In gospels written about Jesus’s life it is claimed that Jesus is the co-creator of the world, the child of Mary, a miracle worker. He commanded people the way of life by telling them to love God with one's whole heart, mind and strength. Before death Jesus appeared in front of his disciplines commissioning them to spread his teachings. He will return at the final time to grant eternal bliss to believers and eternal torment to others. Christianity has spread across the globe but diversified as the shape of language and culture.

Hindu traditions are a representation of various manifestations, forms of worship and practices. Its state in the contemporary world in context to other religions came in the 19th century. The diversity to be defined as one-ness expressed through the concept of Brahman, the true reality but represented in multiple names.

The earliest sources explaining hindu traditions are the vedas which are not rather recited and chanted. The Upnishad teaches the way to profound realization, the aatma parallel to the Brahman, the ultimate reality. Dharmashastra has also been a great source to hindu philosophy. It focuses on the moral and social duties of an individual. Ramayana and Mahabharata have laid out the philosophies from Dharamshastra and Upnishads.

The core texts of Hindu are Puranas, containing hundreds of narratives about divine manifestations. The basis of Hinduism has been identified from these three sources to which all followers abide by.

If you are more than intrigued about the religious values of these religions visit their praying locations by booking rooms on hourly basis now. 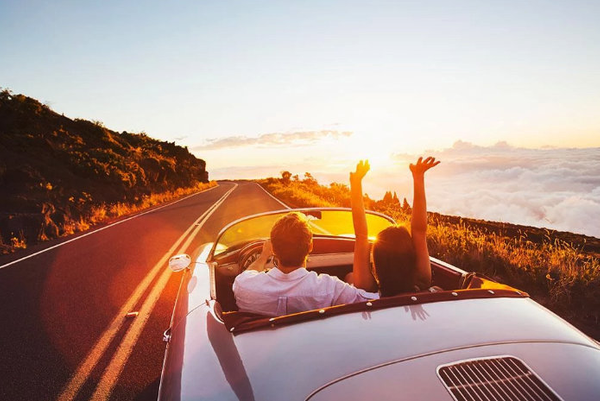 What is more romantic than a road trip with your partner? A romantic playlist. Jamming to songs is the most fun part of a road trip or romantic in this case. Some songs 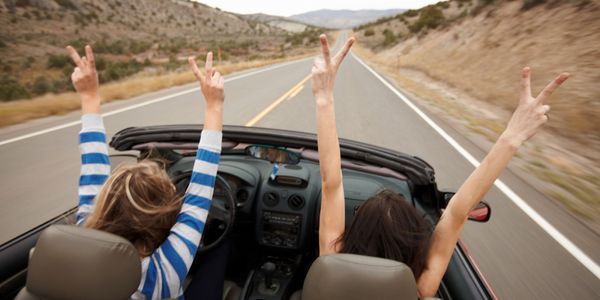 Check this safety list a few days before you go out on the open road if you're planning a road trip with your family. Take caution when planning your next road trip: Your