Have you ever heard of the no-fly zone above the Jagannath Puri Temple? If not, gear up for your seat belts as you are riding towards the station of Puri. Book your rooms in an hourly hotel in Puri or an hourly hotel in Bhubaneswar for your next visit. There are so many fascinating stories about the Jagannath Puri that you will feel urged to visit this incredible place!

Puri lies near the coast of the Bay of Bengal in Odisha. It is known to the world for the famous God Jagannath Temple. That’s the reason Puri is known as Jagannath Puri. The city is 60 kilometers from the capital of the state, Bhubaneswar.

Jagannath Puri has something for everyone. Clean & marvelous beaches for youngsters, peaceful atmosphere for middle-aged and temple visit for oldies. Not that I am biased, you can enjoy any of these irrespective of your age! :PP

So, let’s begin with 5 mind-boggling stories of Jagannath Puri

A. About the Temple Structure

B. About the Main Entrance Gate of the Temple

Another mystery is that the sound of the sea waves disappear after you enter the main entrance door, Singhadwaram. Otherwise, you can hear the sound just outside the temple!

Some believe that material used for constructing the temple & design of the temple combined make it sound-proof for sea waves. Still, there is no scientific evidence of that! It’s still a mystery.

II.  Rare Scenes at the Top of the Temple Canopy

A. About the Top of Temple Canopy

B. About the Flag Direction

Sounds Fascinating, right? Book hotel for a few hours in Puri or hourly hotel in Bhubaneswar. Do travel budget friendly and visit this wonder land!

So, if you don’t know what prasadam is ? Let me tell you, Prasadam is the name given to the food cooked in earthen stoves in around 32 kitchens in temple premises. The food is first presented to idols of God & then distributed to masses as blessing from God.

·        The quantity of food cooked for prasadam is same everyday. Still, the food never wasted out or insufficient for the devotees! It is believed to be the blessing of God Jagannath that prasadam is always sufficient, whether it’s 1000 people or 1 lac people.

·        Cooking style is very different. Seven earthern pots are placed one over another & cooked over burning wood. But it is said, that every food item takes same time to cook, whether it’s the upper most earthen pot, or the lowest one! This cooking defies the laws of science! But amazingly, it’s true!

There are two particular details about idols of deities that are different from many other temples’idols.

·        Most Hindu deities are placed with their wives or soul partners in temples. But this is not the case for Jagannath Puri Temple. In this temple, idols of Lord Jagannath, who is believed to be reincarnation of God Shri Krishna, his sister Subhadra & his brother Balabhadra are placed & worshipped together.

Still thinking? Don't miss out on this marvelous temple! I recommend you to book hourly hotel in Bhubaneswar or hotel for few hours in Puri to stay & travel to the Jagannath Puri.

Rath Yatra is a huge chariot festival celebrated on the second day of Shukla paksha (Lunar phase) as per the Hindu calendar in June or July. In this majestic rath yatra, all three deities are taken out of the temple and kept in their respective chariots. Devotees pull these three chariots to & fro from Gundicha temple, which is around 2 kilometers from the Jagannath temple.

These wooden chariots get dismantled after the rath yatra, and the used wood would be used as firewood for making the famous prasadam.

Fascinating naa! But what’s more mind-blowing are the stories behind the start of the rath yatra festival. There are various versions told by legends. Some say Rath Yatra started to enact the incident of God Shree Krishna enjoying the time with his brother Balarama & sister Subhadra in Chariot in their kingdom Dwarka. Others say that God Krishna’s wicked maternal uncle called him intending to kill him due to a prophecy. Rath Yatra started to showcase the incident of his leaving with his brother from Gokul to Mathura.

So, what are you waiting for? Save your bucks by booking hotel for a few hours in Puri, visit this exiquisite temple!

Jagannath Puri has its share of mysteries. These stories would fascinate you, amaze you & make you question the laws of science sometimes! But these things are visible in the temple structure. Many researchers came, even still coming, researching but not solid evidence as to why these things are the way they are!

Till then, you plan a visit to Puri city. Enjoy the city’s simplicity & mysteries. Don’t forget to book hourly hotels in Puri or Bhubaneswar for pocket-friendly travel. 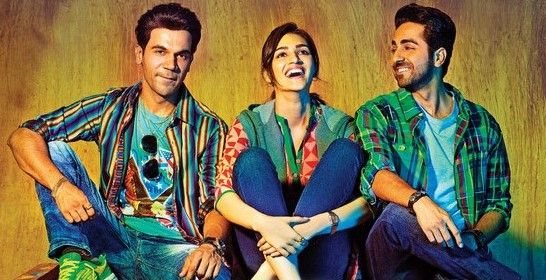 You must have watched Ayushman Khuranna & Kriti Sanon's starer movie, Bareilly ki Barfi with Javed Akhtar as its background narrator. Kriti Sanon, the female protagonist's father had a sweet shop. In that

You must have enjoyed the festival of lights at home! And if not at your home, Diwali would have been celebrated in your surroundings! But what if I tell you that there are