Did you know that Chennai is home to 309 different divine temples? Blimey, right? Chennai has always been one of the top choices to get a blessing after a special occasion. Let’s get to know some facts about some of these temples so that you know why they are such a delight to visit! You can book hourly hotels in Chennai here when you're on your way to get their blessings.

The brilliant Kapaleeshwar temple was built around the 6th or 7th century AD during the reign of Pallavas. Legend of the Puranas says that once Brahma failed to show respect to the great Shiva during their meeting at the mighty Mount Kailash. Shiva was not pleased and plucked out one of Brahma’s heads. To seek forgiveness, Brahma came down here to install a Lingam in honor of Shiva which today the world knows by the name of this great temple.

The current temple is not original as it was destroyed by the Portuguese in the 1500s and had to be rebuilt. But it is more beautiful than ever with Parvati being worshipped under the name of Karpagambal.

The temple can be easily accessed by several buses that have it on their route. If you prefer a train, you can board one and get off at the Chennai Central Train Station.

You know the word Parthasarathy means the one who rides the chariot of Lord Krishna. Isn’t that just beautiful? This statement makes it obvious that the temple is named after Lord Krishna. If you can recall, Lord Krishna acted as the charioteer for the Pandava warrior, Arjuna in Mahabharata.

Built in the 8th century, the Parthasarathy Temple is a sight to behold. Recently the temple went through a huge renovation to cover some structural damage and looks more divine than ever now! You’ll also find many couples tying their wedding knots here. You’ll really get to appreciate the beauty of the two souls binding into one here.

Ashtalaksmi refers to the 8 types of wealth that are desired by the devotees of the Goddess of wealth, Lakshmi. The eight incarnations of Lakshmi that you’ll find here are Gaja Lakshmi, Adi Lakshmi,  Dhana Lakshmi, Dhanaya Lakshmi, Dhairya Laksmi, Santana Lakshmi, Vidya Lakshmi, and Vijya Lakshmi.

Established in 1976, the temple is a sweet sight for architectural lovers too as it represents a beautiful mixture of Dravidian and contemporary architecture. The temple has four floors, each one dedicated to a different incarnation of Goddess Lakshmi. The colossal shrine of Lord Vishnu, husband of Goddess Lakshmi, on the second floor is another hidden treasure waiting for you!

Dedicated to Goddess Kalikambal, a form of Goddess Parvati, the Kalikambal Temple is yet another magnificent memoir to visit. According to popular beliefs, initially, a more fierce form of Goddess Kamakshi was worshiped here, then replaced by a calmer form of Shanta Swaroopa.

Built in 1678, the temple was worshipped by none other than the great Chhatrapati Shivaji. Now, you must be fascinated to see its power when even one of the most powerful kings of all time had bowed in front of this divine Goddess.

Bonus: Thinking to follow in the footsteps of the great Shivaji? Book hourly hotels in Chennai here to make your stay easy!

Dedicated to Lord Shiva, the Marundeeswar temple is over 1300 years old. The temple was widely worshiped and expanded by the great Chola Kings in the 11th century. With a spread of 1 acre, the temple has two seven-tiered getaway towers and a huge tank, and its two entrances are decorated with five levels of the gopuram.

The temple organizes 12 major festivals annually and performs six rituals as a part of its daily routine. The place has been greatly worshiped by the people with diseases, many of whom are believed to be blessed with healthy lives after their visits. This is the grandness of this temple and Lord Shiva!

Located in Mahalingapuram, Sree Ayappan-Guruvayurappan Temple is the first-ever Ayyappan temple in Chennai. Many residents of this area had to move to Sabrimala to get the blessings. To avoid this major migration, this temple was built in 1974 and well, the idea worked.

In addition to Lord Ayappa, you’ll also be able to take blessings from Lord Vinayakar and Lord Subramaniam. The morning and evening poojas are very special here and you’ll be able to experience the true Keralan culture at this place. During the months of November and December, known as the month of Karthigai, the whole temple is crowded with Ayyappan pilgrims from far away cities.

This beautiful standalone temple of Sai Baba is a true example of real devotees as it was built by them only. Some of the many devotees of Shirdi ke Sai Baba built this temple in 1952, out of money donated by a Chettiar merchant.

Sai Baba was one of the greatest spiritual masters of all time. He tried to alienate the differences between Hindus and Muslims and he was successful at some level for sure. His lessons have been taken up by his devotees as Patthar ki Lakeer and peace and unity have become their life goals.

So, these were some of the greatest temples in Chennai. There are many more that couldn’t make to the list but are still a delight to visit. If you’re a true devotee then Chennai is the place for you! You can even check out some hourly hotels in Chennai here with the best deals to elevate your pilgrimage visit further. 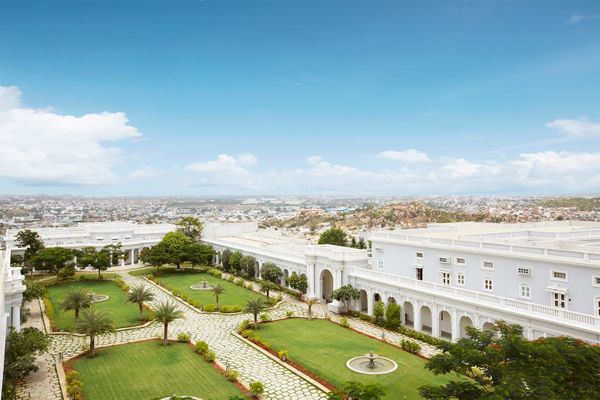 The capital and the largest city of the South Indian state Telangana, Hyderabad has been the centre of many historical dynasties and movements. Who hasn’t heard about the masterpiece of Char Minar 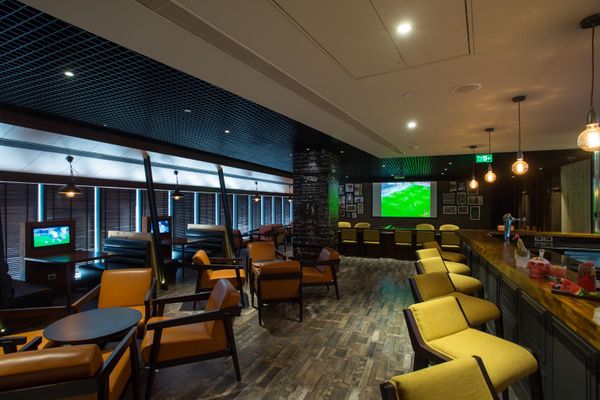 The food capital of India, Delhi is home to many marvellous restaurants and cute chic cafes. The capital city has romance in its air only. You’ll see couples wherever you go. They