Who hasn’t dreamt of going to Mumbai? The City of Dreams has become a dream for many! Mumbai is a hub of financial literacy as well as the film industry. How can anyone ever go wrong with this magical place? But there are so many lesser-known facts about this Maya Nagri that will make you scream OMG! And we’re here to help you with that only. So, fasten your seatbelts, ladies and gentlemen as we count down the most OMG facts about Mumbai!

Yes, you heard it right! Despite its dream shattering powers, Mumbai tops the list of the wealthiest cities in India. In fact, it is also one of the best examples to experience the stark contrast between the rich and poor. You’ll get to see so many slums and small dwellings here but at the same time, you’ll find that it houses India’s maximum number of billionaires and millionaires.

This horrifying crowd is just a demonstration of Mumbai’s huge population. With over 20,000 people found per sq. km, Mumbai is India’s most and the world’s second-most densely populated city. I swear to God, you can never found yourself alone in this place.

3. The Financial, commercial and Entertainment Capital of India

You might be aware of this fact to some extent already but let me explain it for you:

Financial Capital: Mumbai is no doubt the financial capital of India due to its stock markets. After all, it is home to Asia’s oldest stock market, the Bombay Stock Exchange, or as we call it now, BSE. Additionally, the National Stock Exchange is located in Mumbai as well along with other regional stock markets.

Have you ever heard about the famous Mumba Devi Temple of Mumbai? Does the name ring any bell? Yes, you guess it right! Mumbai gets its name from a local deity, Mumbai Devi. In the word Mumbai, the word ‘Mumba’ refers to the Goddess and ‘aai’ refers to mother. So, the city name translates to ‘Mother Mumba’.

The wealthiest city houses the wealthiest people. Now, who doesn’t know Mukesh Ambani. Well, now you have seen his house too! Well, one of his houses, to be precise. The building is spread over an area of 4,532 sq. m and cost around 260 crores USD. Its construction was started in 2006 and the Ambani family moved here in 2012. The building has helipads, theatre, ballroom, swimming pool, spa, a temple and even a snow room. Wow, what a life!

Every child’s dream theme park, Mumbai’s Imagicaa is the largest theme park in India. The amusement park has got a water and snow park as well. The park is a perfect chill spot for both adults and kids.

Bonus: Visit this magical place with your family by planning a weekend getaway. Book hourly hotels in Mumbai now!

India’s wealthiest city houses Asia’s largest slum. Ironic, isn’t it? Slums are temporary makeshift settlements and Mumbai’s got loads of them. Dharavi stands out among all because it is the largest slum in Asia.

Did you know that Mumbai is the result of the amalgamation of seven islands? Yes, you heard it right! They are Isle of Bombay, Colaba, Old Woman's Island (Little Colaba), Mahim, Mazagaon, Parel and Worli. It took them over 5 centuries to connect and give us the city, we now known as Mumbai.

India’s first-ever passenger train ran from Mumbai’s Bori Bunder to Thane on April 16, 1853. Four hundred lucky guests embarked on the train and got to be a part of this historic journey.

Not only the first train but Mumbai holds the record of starting the first-ever bus service in India as well. The historic first bus run took place on 15th July 1926.

Read More: Roam Around the Top 7 Historical Monuments of Mumbai

And this marks the end of this particular blog. The City of Dreams has so much in store for you that you have to go visit this place in person and witness its Maya. Book hourly hotels in Mumbai here to ease your stay!

The capital of India, Delhi has so much to offer. Whether you talk about history, food, architecture or top-notch institutes, Delhi has it all. But even after being an open book, Delhi has 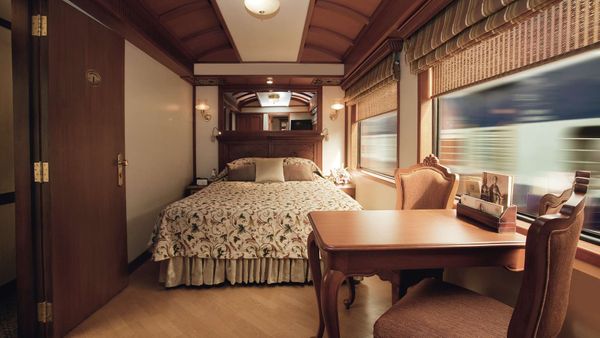 If you have ever read the book, “Murder on the Orient Express” by Agatha Christie or seen its movie adaptation, you would know why people are left spellbound by luxury trains. Orient express