The royal dish itself, biryani, are perhaps the most complete meal India has produced. Loved by food lovers, throughout India of all culture and food habits, Biryani is just heavenly in every right. You may be at a hotel in Chennai or at a couple friendly hotel in Delhi, surprisingly you'll always find a variety of biryani in most menus. So with such huge fanbase and with so many varieties available, the question remains, which are the best Biryanis? To address the elephant in the room, here are the best biryanis India has to offer, ranked.

The biryani owns it's origin to tea state of Assam, Kampuri biryani is a fusion of the local vegetables with chicken, rice and spices. The ingredients normally used are the chicken which is cooked with the peas, carrot and potatoes, and yellow bell pepper. The cardimon and nutmeg is added to the previous preparation, followed by the quintessential rice, to mix it all and get the mild aroma. The simple yet tasty biryani comes at no 10.

Hailing from the state of Tamil Nadu, the Ambur biryani is your classic biryani with a twist on how the meat is cooked. Unlike other biryanis, the meat (chicken/mutton) in Ambur biryani is soaked in curd, coriander and mint. Another major difference is Samba, short-grain rice is used in Ambur biryani, and no spice powder is used. Instead, some whole spices are used, hence the flavour of the meat is much stronger than the rice. A classic companion with the Ambur biryani is the Brinjal curry. The dish can be found in most restaurants and hotels in Bangalore.

The number 8 entry of the list uses a different choice of protein, unlike most biryanis. Coming from the sea-land of goa, the Goan fish biryani is famous for using fish, giving a different twist to the meat dominated dish. The biryani offers a lighter taste with a plethora of flavours coming out from the fish, a perfect contrast for all fish and biryani lovers.

The Kashmiri biryani draws influence from the Mughal biryani, due to the occasional visit of the Mughals to Kashmir, after it was conquered by Akbar. The Kashmiri Biryani is a perfect mix of tender chicken and rice with dried fruits and Kashmiri spices, and they stand out the ingredient of asafoetida. The Kashmiri Bhuna Ghost variation of the biryani is well renowned.

The Bombay biryani is cooked in Maharashtra style of cooking and is quite similar to it other brother biryanis. The major difference is Bombay biryani uses, prune plum, which gives it a sweetness to it along with the kewra water used. The Bombay biryani normally is accompanied by a side dish meat gravy and has a considerable amount of fried onions in it. While many varieties of biryani can be found in Mumbai, the Bombay biryani still does make its way to decent number 0f restaurant and hotel in Mumbai.

Coming from the land of Sindhis, as the name might suggest, this biryani is filled with dry fruits and nuts. The main differentiating factor for the from other biryanis is the amount chopped chilis used in this version is quite a lot, along with the decent amount of coriander, fresh mint, onion and roasted spices. Sour yoghurt is also used in the preparation of the biryani giving it a tangy twist, and making it no. 5 on the list.

The sweet and savoury biryani, also known as the Malabar biryani comes from the coasts. Made of soft chicken wings, Malabar spices and Kaima rice, the Malabar brings an array of tasty flavour to the biryani list, coming at no 5. The rice is normally cooked separately gravy-like many other entries and mixed with the gravy. The biryani is garnished with dry fruits like sauteed cashew nuts, sultana raisins and fennel seeds. The plethora of flavor Thalassery biryani brings, falls just short of top 3, but still a respectable spot nonetheless.

The royal biryani, coming from the city of Nizams, Lucknow. You already know everything about this biryani. This is also considered by many stories the first biryani which came during the Mughal empire. The Lucknow biryani is much softer than any biryani due to the mild uses of spices which makes it quite light as a meal. The meat is also cooked really slowly over hours, so the spices can slowly fuse into it, while it is soft and tender. The OG biryani comes at no 3 in the list.

One of the most aromatic biryani, the Hyderabadi biryani is a favourite of many food lovers throughout India and the world even. The strong aroma of the biryani comes from the kewda, rose water and saffron that is sprinkled on the biryani. There are actually two kinds of Hyderabadi biryani the pakka and the kaccha. The Pakka involves the cooking of the meat and the basmati rice separately. The kaccha involves taking uncooked marinated meat and put it in-between basmati rice, followed by the container is sealed with dough, and the whole thing is slowly cooked. This gives the true fused aromatic experience. The flavorsome biryani with strong aroma comes as runner up in the list. The Hyderabadi Biriyani availability isn't limited to the restaurants and hotel in Hyderbad, and can be found in many restaurants throughout India.

The myth, the legend, the Kolkata biryani. There has been a debate between the Hyderabadi and Kolkata biryani lovers for a long time now, on which is better, while both have their merits, the Kolkata biryani is simply the complete deal. There are multiple stories behind the creation of the biryani, but one of the most popular states, the nawabs in Calcutta not being able to afford meat, tried to recreate their Awadhi biryani. The biryani cooked with rice with a yoghurt based marinated meat, the aloo, and boiled egg along with light spices which give it a slight sweetness and saffron and kewra for the aroma. Striking a perfect balance between spices and aroma, with delicious flavour lands the Kolkata biryani at the top of the list. Kolkata biryani is available through the city, at most restaurants and hotels in Kolkata.

This was a concise list of Biryanis all over India loved and adored. The rankings are not absolute and may vary depending on a personal taste. The article tries to celebrate the beautiful dish biryani is, in its all greatness. Biryanis is an all-purpose dish for many, and biryani lovers can devour a plate of biryani at any time, let it be at couple friendly hotel in Mumbai on a weekend getaway with your partner, or at home after a long and tiring day of work. Biryani delivers the same bliss always.

Must read- 12 must-have Biryani from different states of India 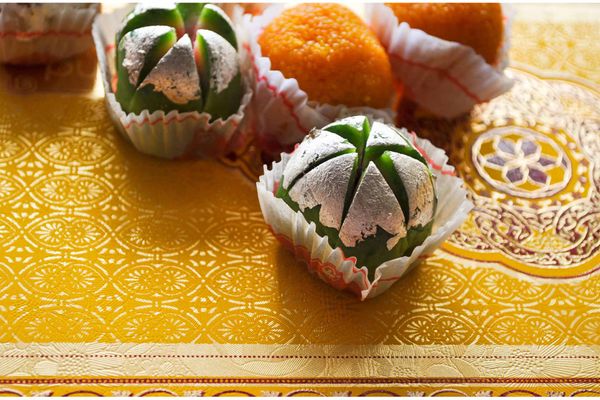 We, Indians have a specific sweet for every event. A reflection of its diverse heritage and culture, different regions of the country have different varieties of sweetmeats. Here’s an assortment of the ten most delectable sweets you must taste when in India, 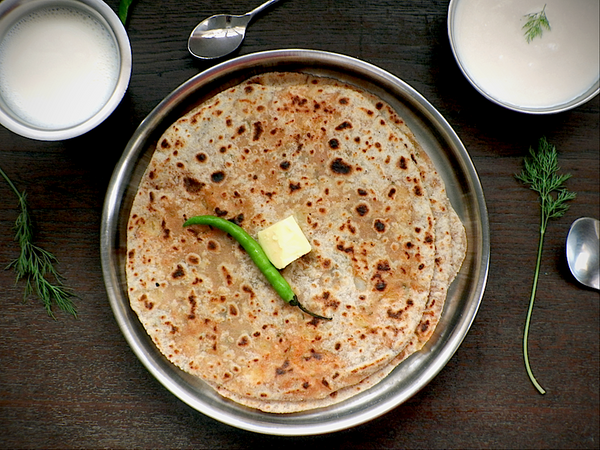 They say the D in Delhi stands for delicious, and no one can challenge that statement. Delhi has always been food heaven and a go-to place for many just for the food. Apart from being the capital of India, Delhi is also considered the Paratha capital of India