It’s fine, you can admit it, we have all been there. You and your partner may not be on the best of terms right now, but it is fine, it happens to everyone. Relationships are a bumpy road, after all, and not everything can be sunshine and roses.

What should you do then? Well, couple therapy is an option. Just talking it out could also be viable. But if you really want that old spark back in your relationship, like the good old time, we would highly recommend you both to take some time off, pick a location from the list below, and just relax and rejuvenate for a good few days. In the process, you will be able to re explore yourself and your relationship, and we promise, you will be returning with faces full of smiles and hearts full of love.

Goa is the crowned King of the beaches. It has everything, from the golden sands and clear blue skies to indie bands playing in the local bars once the sun starts sinking. Water activities have also been proven to reduce stress levels.

Mistay Tip: Now we know Goa is not a small location, so we recommend booking hotels by the hour so that you can enjoy different parts of the city without having to worry about your stay or budget. You can easily find many such hourly hotels for couples at our website.

Mount Abu is renowned as the ‘Shimla of Rajasthan’ for serving as a refuge from the scorching heat of the rest of the state. Many locals and tourists alike visit Mount Abu every year.

The place is also regarded as spiritual by many as it has been mentioned in the puranas. As such, a short trip to Mount Abu full of mindfulness and relaxation will definitely do good for you and your partner.

Gangtok is known as the Buddhist haven which is inspired by zen philosophy of cleanliness. It is one of the most clean, serene and scenic destinations that you will ever come across.

Many of Gangtok’s main attractions consist of its ample number of monasteries, temples, and shrines, owing to it being an old centre of the Buddhist pilgrimage.

So if you truly want to rid your mind of all evil energy and feel the tranquillity of Zen, this is the place you should definitely consider.

Situated on the foot of the Himalayan range, Dharamshala is home to His Holiness the 14th Dalai Lama. Surrounded by thick alpine, cedar and deodar forest, Dharamshala is said to be the ‘Little Lhasa’ considering its serenity.

There are two parts of the city, lower Dharamshala where there is more likeness to a busy city and upper Dharamshala, with forests and green in abundance.

Dharamshala has always been known to be a place of escape from hectic life for its tourists. If you want to unwind in the foothills of the Himalayas this is the place for you.

The main attraction here is the backwaters of Kerala. The state is known for its lush greenery, the tropical weather and its Venice-like backwaters intertwining through various places.

The most sought after feature of Alappuzha, remains to be its houseboats. Also known as the Venice of the East, the houseboats give Alappuzha its final tranquil touch.

It would be a great and relaxing decision to book a houseboat and rejuvenate in the backwaters of Alappuzha.

Perhaps the most sought after beach destination, after Goa of course, is Pondicherry.

Pondicherry is a very beautiful little city with the essence of the French coursing throughout. It is a popular destination not only because of its beaches and tropical weather, but also because of the beautiful amalgamation that it is of Indian and French architecture, dating from the 18th century.

Pondicherry is a good pick if you and your partner want to feel the beaches and beauty of architectural marvels.

Renowned as the quaint, little, quiet city with sprawling tea gardens, Darjeeling is a must visit destination for every couple.

Its picturesque British architecture gives a tinge of regal touch to the otherwise very soothing natural landscape of the town. Moreover, couple friendly hotels are an easy find, being a popular honeymoon spot. Darjeeling also harbours the third highest mountain in the world, mount Kanchenjunga, so if you and your partner are into the mountainous sort of stuff then this is the location for you.

Speaking of spectacular hill stations you should definitely visit, Shimla is definitely one of the more popular ones. Known as the ‘Queen of Hills’, Shimla is a picturesque city surrounded by thick forests of cedar, rhododendron, fir and the Himalayan oak trees.

In the days of the British Empire, Shimla was declared as the summer capital due to its tranquil beauty in the caress of the nature.

If you and your partner haven’t been here yet, you should definitely give it a go. You can find couple friendly hotels in Shimla on our website.

Ending this list with an underdog, a location not very known among residents of the other states, we bring to you the Majuli River Island. Located in the splendid waters of the Brahmaputra River, Majuli is the world’s largest river island. The island harbours many religious sites like Kamalabari Satra, Dakshinapat Satra and Tengapania. Avoid visiting here in the summer months though, as it can get very hot at times.

If you and your partner are seeking solace in the lap of nature and want to reconnect with each other, consider taking a trip in one of the locations mentioned above. They are sure to help you relax and rejuvenate in the midst of romance.

Dharamshala is a quaint little city located in the laps of the Kangra valley in the state of Himachal Pradesh. It has been known as the centre for a large Tibetan population for 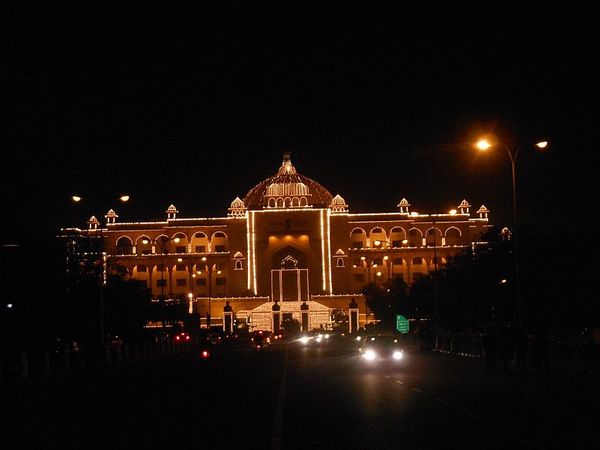 Solo traveling is definitely popular now! And along with being a trend, it is actually good for you! No waiting for others to agree to plan, no synchronizing of off days, no need