Bangalore, the capital city of Karnataka is one of the top modern cities in India. And if we talk about history, it will still be placed in the top 10 Indian cities. Even though Bengaluru was founded in 1537 by Kempe Gowda I, the earliest evidence points its existence back to 890. The city’s name translates to the ‘town of boiled beans’ which has a different story altogether. Now, let’s not waste any more time and dig out such interesting facts and stories about some of the most popular and beloved monuments of Bengaluru.

Did I mention that Kempe Gowda I founded the city in 1537? Well, think of this fort as the foundation stone. It was built in the form of a mud fort at the founding site. Later in 1761, Hyder Ali renovated the fort and it was turned into a stronger stone fort. The great Tipu Sultan also made some changes in the fort in the 18th century and it still stands in a good position.

The fort once included many sweet sights of Tipu Sultan’s Summer Palace that you won’t be able to see today but you can still enjoy the historic Delhi Gate of the fort and remnants of two bastions. Thanks to the Britishers, the fort’s church, school, cemetery and armour, all have been dismantled.

Bonus: Book hourly hotels in Bangalore to witness this founding stone in person!

The royal palace of Bangalore dates back to 1874. It was originally owned by the first principal of Central High School, or as we now call it, Central College, Rev. J. Garrett. It was then purchased by the guardians of Maharaja Chamarajendra Wadiyar. The palace is currently owned by one of the legal heirs of the Wadiyars.

Hunting being one of the favourite time passes of the old Wadiyars, you’ll find many elephant trophies in the palace. The palace is a true icon of architecture, based on Tudor and Tudor Revival styles and hence, a must-visit.

Where to go: Vasanth Nagar

Tipu Sultan’s Summer Palace served as the residence of the great Mysorean rule Tipu Sultan during summers. Hyder Ali was the one who gave the orders for its construction but it got completed during the rule of Tipu Sultan. It was built within the walls of the Bangalore Fort.

After his death, the Britishers took over the palace and used it for administration purposes for its Secretariat till 1868. The ground floor rooms turned museum honours Tipu Sultan’s life and showcase his reign’s various achievements. You’ll find a replica of Tipu’s tiger here as well as his clothes and the royal crown.

The highest judicial authority of Karnataka, the principal bench of Karnataka High Court sits at this historical kacheri. The Attara Kacheri was constructed by the commissioner of Mysore, Mr Lewin Bentham Bowring in 1868, no pun intended.

The name translates to eighteen departments because it served as the office of the Secretariat of eighteen departments of the Kingdom of Mysore. There have been various threats of demolishing the building over the decades but fortunately, the kacheri still stands proudly.

Where to go: Dr B. R. Ambedkar Road

Built in the memory of the 4th Viceroy of India, Lord Mayo, the Mayo Hall is an elegant government building known for its charming architecture. You’ll be able to enjoy a panoramic view of Bangalore’s Parade Grounds, Ulsoor Lake, Bangalore Race Course and Brigade Grounds.

The famous Kempegowda Museum, located on the first floor of the hall, houses unique collections belonging to the Yelahanka dynasty and 16th century Bangalore. The ornate furniture and the Italian chandeliers make Mayo Hall one of the most impressive public buildings to ever exist.

This one is for all the bibliophiles! Located on the edge of a lush green park, Seshadri Iyer Memorial Hall is a historic library. The library is home to over 2.65 lakh books and includes a Braille section as well so that no individual is devoid of the precious gift of knowledge.

Spread across an area of 300 sq. m, the library was established in 1915 to honour the Dewan of Mysore, Sir K. Seshadri Iyer. Along with the charming Cubbon Park, you’ll also get to enjoy the beauty of a Rose Garden. Books and nature? Count me in!

Incorporating the elements of the elegant Dravidian architectural style, Vidhana Soudha serves as the seat of the bicameral state legislature of Karnataka. The then Chief Minister of Mysore, Sri K. Hanumanthaiya established this delightful structure in 1956.

Counted among the most significant buildings of Bangalore, Vidhana Soudha houses three hundred magnificent rooms to accommodate twenty-two departments of the state government. Some parts of the structure are of course restricted but the state government recently extended the visiting hours to benefit all the tourists who travel to Bangalore now and then to visit this beauty.

Read More: Roam Around the Top 7 historical Monuments of Hyderabad

The city of Bangalore is filled with such historical places. This is not the full list but if you are eager to get to know them all, plan a vacay to this legendary megacity. Here’s your lucky pass to get the best hourly hotels in Bangalore. 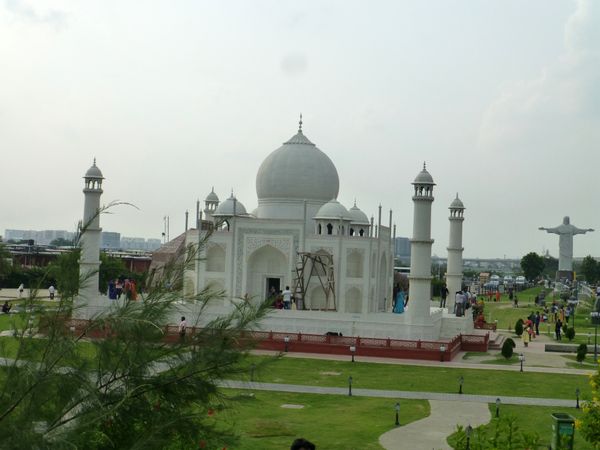 Visiting the 7 wonders of the world is a dream for many but only a few are able to live through that dream. What if I told you that there is no need

The largest city in Gujarat, Ahmedabad is truly a wonder of modern art. There’s a lot to see and there’s a lot to learn. After all, the city is the Manchester