With over 400 years of history hidden within, Chennai is definitely one of India's most prestigious and historical cities. Originally known as Madras, Chennai was one of the three presidency towns during the East India Company rule. The city is home to tons of historical monuments, forts and of course, temples! Let’s get to know a little more about these famous monuments of Chennai and dig out their origin story.

Founded in 1639, St. George’s Fort is the first English fortress in India, built by none other than the British East India Company. It was a major landmark during that period and almost the whole town of Madras revolved around this very fort.

Even though the Britishers used the fort for their own selfish purposes, they did build many iconic structures in the fort over the years which now can be enjoyed by you lot. The gorgeous St. Mary’s Church, the grand Wellesley House and the knowledge-filled Fort Museum surely make this fort a must-visit in Chennai.

Where to go: Rajaji Rd, near Legislature and Secretariat, Fort St George

When to go: 9 am to 5 pm daily except on Fridays

Bonus: The whole city of Madras revolved around St. George's Fort. Don't you wanna know why? So, what're you waiting for? Plan a vacay and book hourly hotels in Chennai now!

Dedicated to the classical Tamil poet-philosopher Valluvar, Valluvar Kottam is the biggest Tamil cultural centre of Chennai. Did you know that this unique monument stands baseless? I mean without the support of any pillar. Blimey, right? Additionally, 1330 verses of the one and only Thirukkural are engraved on the granite columns in its hall. All the 133 chapters of his work can be found in the first hall corridor itself! It’s like a paradise for literature lovers.

Where to go: Tirumurthy Nagar, Nungambakkam

The Madras Museum, or more popularly known as the Government Museum was founded by the Scottish surgeon Edward Balfour. He pioneered forest conservation and public health in India and the traces of the same are clearly visible in this historical place of learning. It is mainly based on human history and culture.

Counted among one of the largest museums in South Asia with an area of over 16 acres, the Government Museum takes pride in having six independent buildings with 46 galleries. Built in 1851, the museum holds a whopping number of collections, which to be precise are over 1.7 million!

Freemasons’ Hall is another rare gift that was bestowed upon India by the Britishers. It was originally built in 1923 by the Commander-in-Chief Road of Chennai to aid the foreign military troops. Over the years, it has turned into a living legend of the cultural and traditional heritage of Madras’ inhabitants.

Based on a Greek style of architecture, this colossal hall can accommodate up to 200 people at a time. Not only that, but even the individual rooms can hold up to 60 people at a point! If you’re looking for inspiration for your upcoming architecture project, then visiting this hall won’t be the worst idea.

Where to go: Chesney Ln, Egmore

Built in 1952, the Madras War Cemetery was established to honour all the sacrifices made in the second world war. It received civil and cantonment cemeteries from the south and east of India to give all the brave warriors a permanent residence and much-deserved care. It homes around 856 graves of the war. Just being here will ignite a fire of patriotism inside you.

When to go: 8 am to 6 pm daily except on Sundays and public holidays

Bonus: Pay your respect to these courageous souls at this war cemetery. Book hourly hotels in Chennai here to help out with this short visit.

Built in 1523 by the Portuguese explorers, St. Thomas Cathedral Basilica is a Roman Catholic minor basilica in Chennai. The church has been named after Saint Thomas who was martyred in 72 A.D. He was one of the twelve apostles of Jesus and on his tomb, lies this holy church. It was rebuilt in 1896 by the Britishers and it indeed is a sweet sight for sore eyes.

This charming multi-domed mosque is one of the largest in the country and is an esteemed place of worship for Shia Muslims. 1000 lamps are lit here to light up the hall and hence, the name. The mosque is beautifully designed by Architect Nawab Umdat Ul Umrah and its construction got completed in 1810. It is surely gonna be a lovely heritage outing for you all irrespective of your religion.

Read more: Did you know that Chennai is home to 309 temples? Well, if you loved reading this piece, you'll love learning about the history behind Chennai's divine temples. Get to know why the temples of Chennai are such a delight to visit here!

Chennai is undoubtedly a must-visit city for all the history lovers out there. It’s got many more adventurous and historical places which couldn’t be covered in the list but you don’t have a limit, do you? So, check out all the amazing places in Chennai by planning a trip here. Here’s your lucky pass to get the best deals on hourly hotels in Chennai. Enjoy! 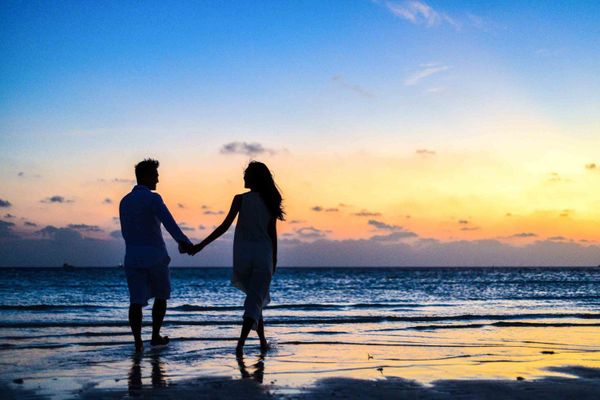 When it comes to weddings, every couple wants theirs to be perfect. You must have grilled day and night about venues, catering, decorations, vows, and whatnot to finally get your dream wedding. But