Founded in the year 1591 by fifth Qutb Shahi Ruler Mohammad Quli Qutb Shah, Hyderabad has over 400 years of history concealed. Qutub Shahis, Mughals, and Nizams shaped its history over the years, and presently, it is the capital city of Telangana, the largest state in South India. All these developments gave birth to many historical monuments at different intervals of time and they all have their unique stories. So, what are we waiting for? Let’s dig them out!

Built in 1591, Charminar is a colossal arch marking the end of the plague in the city. It is a monument and mosque based on Islamic and indo-Islamic architecture style. The monument with four huge minarets lightens up every evening with all the colorful lights. Certainly, a sight to behold!

Its top-floor mosque is over 400 years old. Hyderabad’s founder, Mohammad Quli Qutub Shah himself gave the orders to build this 56 m long arch after the plague miracle. Did you know that the Charminar and the Taj Mahal share many similarities? It might not seem at first but you are smart enough to find them. Put this on your bucket list right away! You can find hourly hotel deals to save you some time and money on your vacay here.

Popularly known as Golconda, Golconda Fort was the earlier capital city of the Qutb Shahi Dynasty. It was famous for its Golconda diamonds which were extracted from the nearby diamond mines. The fort was initially built by the Kakatiya dynasty in the 13th century but got destroyed in 1687 after an eight-month-long seize led to its capture by the Mughal Emperor Aurangzeb.

The fort has seen many battles over the centuries and as a result, many dynasties have conquered and resided in this massive fort. The history associated with this fort is so huge that even Hyderabad’s original name was Golconda-Haidarabad. Fascinating, isn’t it?

Just near the Golconda Fort, you’ll find the Qutb Shahi Tombs. They home the various tombs and mosques built by mighty kings of the Qutb Shahi dynasty. The tombs were built in the 16th and 17th centuries and contain burials of all the prominent royalty of this dynasty including Mohammad Quli Qutb Shah and Quli Qutb Mulk.

Based on Indo- Islamic architecture, they were first opened in 1543 and recently restored between 2013 to 2019 by Telengana State Archeology and Museums Department. There are seven tombs in total, each with a description of its resident. They belong to the seven rulers of the Qutb Shahi dynasty. Such is the glory of time that even the most powerful people end up in the soil one day.

Who hasn’t heard about the divine Mecca Masjid? One of the largest mosques in India with a capacity of 10,000 people, Makkah Masjid or Mecca Masjid was built in 1693 based on Islamic and Indo-Islamic architecture style. It also houses the burials of Mahboob Ali Khan, Sikander Jhah, and many more.

The bricks of the colossal mosque are made from the soil of Mecca of Saudi Arabia. Yes, the one and only! It was specially transported just for its construction. Now if you feel that the original Mecca is out of your reach for the time being due to the travel restrictions, you can always go visit its brother here in Hyderabad.

This royal palace was the residence of the Nizams of Hyderabad. It has a major historical significance because it once served as the seat of power of the rulers of the Asaf Jahi Dynasty, more popularly known as the Nizams.

The construction of Chowmahalla Palace was started in 1750 by Nizam Salabat Jung and finally ended in the mid-19th century. The palace is currently owned by Mukarram Jah and recently got renovated between 2005 and 2010. The palace is just a kilometer away from the famous Charminar. All the more icing on the cake, I suppose.

You might have heard this name already. If lucky, you might have even stayed here. You might know it as a luxury 7-star hotel but it has heaps of history involved with its construction. The palace was originally built from 1884 to 1893 by the then prime minister of Hyderabad, Sir Nawab Viqar Ul-Umra. Since then, it has been passed on for generations with many prominent people owning the palace from time to time.

The library here is often compared to England’s Windsor Castle’s library due to the huge number of similarities they share. The palace was the first to get electricity in the whole state. Although it is not currently open to the general public, you can still experience its wonders by purchasing one of the travel tours or better, by booking a room here!

This art museum, located at Dar-ul-Shifa is one of the three National Museums of India. It was founded in 1951 and currently houses nearly 1.1 million objects. One of the largest ‘one-man collection museums’ in the world, Salar Jung Museum offers many rare wonders including ancient manuscripts, eye-catching paintings, preserved furniture, and others.

Most of the collections belong to Salar Jung himself and his family and some other have been transported from abroad. You’ll have a very knowledgeable day here, that is for sure!

So, these were the top historical monuments you can pay a visit to in Hyderabad. Sure, Hyderabad has so much history hidden that we couldn’t cover all of it in a quick blog. If your love for history is making you visit all these monuments in person, we might have a mini surprise for you. You can book hourly hotels in Hyderabad here which will save you money as well as time. See you there! 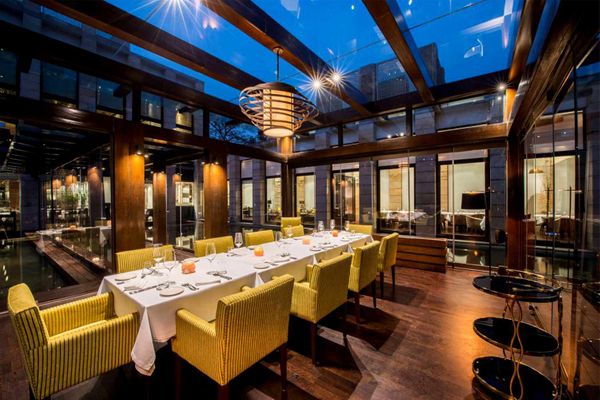 Delhi is home to tons of cafes and restaurants. You can find literally anything here. But when you want something out of the box, you might want to consider Delhi’s unique themed

The film city of India, Mumbai is much more than Bollywood and big techs. That’s all we care about while thinking about this city of dreams. So, you might not know how