Readers are a special breed. They have the superpower of losing all sense of time, place, and being that belongs to them while fully immersing themselves in a novel. They have the ability to sort of teleport out of this world and into the world of whatever they are reading, and feel present in whatever is taking place over there. It is sometimes very envying to see them pouring over a book that they probably love more than most people.

If you have a significant other that is an avid reader, you would know exactly what I am talking about. Those relentless nights of staying up to finish ‘just one more chapter’ as the clock keeps ticking by are all too common for you.

And if you have a significant other that is an avid reader, you should definitely be taking them to a book festival, as soon as possible! Book festivals are havens for readers – they can explore a variety of genres of books and meet people who adore the same characters as them. Furthermore, they might also be able to meet a writer whose works they are in love with! Book festivals have various speakers and stalls and what not throughout their duration.

So what are you waiting for? Buckle up, book a couple friendly hotel and get ready to travel to the nearest book festival to give your partner an experience of a lifetime!

Along with attending the festival, if you are in Jaipur why not check out our guides on ‘Top 6 Places To Visit in Jaipur For Couples’ and ‘15 romantic capturable moments couples shouldn't miss while in Jaipur’ to make the trip as romantic as possible!

Lucknow, undoubtedly, is known around the country as a cultural hub. As the city of Nawabs, it is only evident that Lucknow has a myriad of languages including but not limited to Urdu, Hindi, and Awadhi.

The Lucknow Literary Festival is held every year in the month of January since the year 2013. It prides itself as ‘India's Only Literature Festival Conceptualised & Organised By Youth’.

It also sees panels of popular and influential speakers like Divya Dutta. Of course, Lucknow itself is a very romantic destination, so we see no reason not to attend this book festival.

If there is any city that spells a melting pot of all different sorts of cultures, people, languages, beliefs and of course, books, it is hardly any other than the capital of the country, Delhi.

Delhi is home to many renowned authors and a large variety of avid readers, and as such sees large crowds during its literature festival.

Held in February since 2013 every year, features prominent speakers like Madhu Trehan, Vikas Swarup, Barkha Dutt, Jeet Thayil, Anuja Chauhan, and many others.

Delhi is a must explore city to acquaint yourself with centuries worth of rich culture of India.

The Goa Arts and Literature Festival is an annual occurrence in the beachy union territory of white shining sands and clear blue skies, Goa.

The Goa Arts and Literature Festival was founded in the year 2010 and his since occurred annually every December. The International Centre, Goa serves as the main venue of the festival, with events occurring in different halls.

The book festival features many different varieties of stalls, mainly put up by local bookstores and a few publishers. Prominent and popular speakers here are U. R. Ananthamurthy, Gulzar, Amitav Ghosh, Mridula Garg, Eunice D’Souza, amongst many others.

Goa is evidently a must visit destination for couples, with sandy beaches, fun water sports, relaxing resorts and spas, and a myriad of architectural landmarks to offer.

Ending the list with a bang, our last entry is quite different from the rest, in the fact that it is focussed on a particular group and its literature which has constantly suffered marginalisation and discrimination. If you already haven’t guessed it, the Rainbow Lit Fest is queer and LGBTQIA+ themed.

The Rainbow Lit Fest takes place in Delhi every year in the month of December, since its conception in the year 2019, and therefore also happens to be the youngest entry on this list. It was held online last year but will be back this year in December, in the premises of Gulmohar Park.

This is a must visit literature festival for not only those who identify with the LGBTQIA+ community but also for all of us who need to look deeper into their issues and realities.

With that we end our list of Book festivals that you should visit with your significant other as soon as possible! Grab your reading glasses and book a short stay hotel in the city of the next book festival! 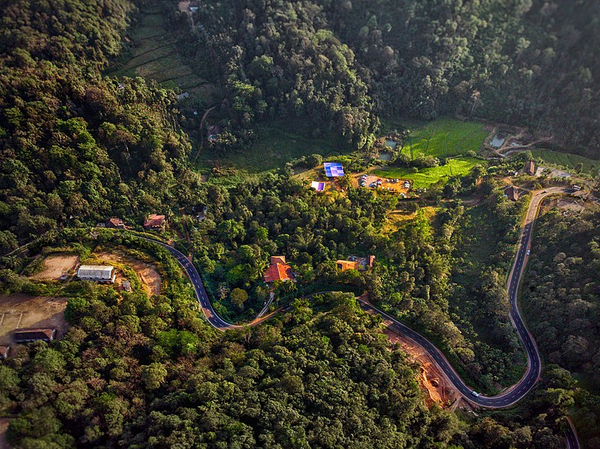 Karnataka is a vast extensive land which is a simmering medley of different kind of people, cultures, environments and climates. It is a highly favored travel destination too, with ample of sites to

Bhopal – popularly known as the city of lakes for its innumerable natural and man made lakes also happens to be the Begum’s Bhopal, known for being ruled by begums for over a