The gentle man's game, cricket has a different from most sports. While most sports try to pack everything in small amount of time, the best of cricket thrives in long game days, a testament to the patience and discipline to the players.  You maybe at a couple friendly hotel in Delhi with you partner on a holiday or drowning in work at home, when your favourite teams match comes, it is a obligation you can't resist. While watching from experience from TV has improved greatly over the years, with multiple cameras and drones, nothing beats the experience of watching a Cricket match live in a stadium. The passion, the history , the moments one can witness at cricket stadium is priceless. Every cricket lover wants to visit those legendary stadiums, that they saw while growing up.

Right before the 2015 Cricket World Cup Final between Australia and New Zealand, former Australian Batsman Matthew Hayden suggested that New Zealand would be unnerved by the huge dimensions of the Melbourne Cricket Ground, where the final will be held. Hayden had to endure plenty of flak from Kiwi supporters in Twitter for his comments; but as a matter of fact, New Zealand did actually unravel in front of the vibrant Atmosphere and one of the most hostile crowds in the world, and Australia won the World Cup. It was a fitting tribute to the largest Cricket Stadium in the Southern Hemisphere, and one of the most coveted in terms of Sports History.

Located in East Melbourne Victoria, MCG, often simply known as 'The G', hosted both the first  International Test and One day Match, played between Australia and England, in 1877 and 1971 respectively. The MCG's huge dimensions (171 metres* 146 metres) come from its associations with Australian Football, and along with Cricket, it has also hosted Fifa World Cup Qualifiers, Commonwealth Games, and Summer Olympics. The ubiquity of the MCG lies in its 100,000- strong vociferous crowd support, which routinely intimidates touring teams, particularly England, who have a dreadful record here. The journey of the MCG is synonymous with the Journey of International Cricket, and it is certainly a stadium worth visiting, preferably on the first morning of an Ashes Test Match.

The Sydney Cricket Ground, commonly known as SCG, is one of the 'Big Five' grounds in Australia that are used to host Ashes Test matches, important bilateral contests like the Border-Gavaskar Trophy, and World Cup games. Established in 1848, SCG is located in New South Wales and forms the home Ground of both New South Wales Blues and Sydney Sixers. Once an abode of the Purists, SCG has quickly embraced the 'Big Bash Culture' and hosts a 50,00-odd crowd that routinely witness entertaining Cricket matches. Apart from the crowd support, SCG is well-admired for its balanced pitches, which offers a good contest between bat and ball, and lets spinners come into play. Among the memorable games hosted by the Sydney Cricket Ground are the 2015 World Cup semifinal between India and Australia, and Steve Waugh's last test match in 2004.

Located in the capital of India, Feroz Shah Kotla is well known for its partisan atmosphere which always tests the courage of the opposition. Being the 3rd oldest stadium in the country, built-in 1883, it is also renowned for the amount of cricketing history it has witnessed. A memorable occasion was Anil Kumble taking all 10 wickets in one inning, and another was Sachin Tendulkar's record-breaking 35th test century. Home to the Delhi Daredevils in the IPL and the Delhi Ranji Trophy team, the stadium always hosts a crowd of crickets fanatics in the stands. If you're planning to watch a match at this legendary stadium, you can book a room at a hotel in Connaught place to rest, after a whole day of cheering for your team.

The Home of Cricket in London is a special place for anyone who loves cricket, in whatever capacity. There is no match for Lords in history, which has witnessed everything since the first-ever cricket match that took place here in 1814. Lords is home to the Middlesex and MCC cricket teams, as well as perhaps being the home to Test cricket as a whole. With the Victorian-era architecture and the beautiful surroundings, Test matches in Lords are the classics that feed every cricketing appetite, especially with the electric atmosphere during the Ashes Tests. Lords was also one of the venues for the 2012 London Olympic Games, with the archery event taking place in the stadium.

Arguably the stadium with the best atmosphere, Eden Gardens also boasts of being one the most historic stadiums in the world. The oldest stadium of India has witnessed everything, from World Cup final matches to riots, including some of the iconic matches that shaped the history of cricket. This is a ground where many records were established and broken and are rightly called the Mecca of Indian cricket. Playing a match in Eden is considered a rite of passage for a cricketer, and so it is only right that watching a match in Eden should be a rite of passage for anyone calling themselves a die-hard cricket fan. If you're booking a hotel in Kolkata to visit Eden Gardens, go for a hotel on hourly basis, so you only pay for the time you stay.

The Basin Reserve in Wellington is New Zealand's oldest cricket ground and is a classic Test venue. This stadium has a unique atmosphere, with its location at the foot of Mount Victoria making for a beautiful background, and the city buildings surrounding the stadium make for a distinctive Wellington feel. The green galleries lining the boundary make for a perfect leisurely experience watching scintillating international Test cricket, though it has also witnessed plenty of ODI and T20 matches including World Cup ones. The Basin Reserve pitch is famous for its propensity for Test centuries, though ODI centuries here are very rare. Overall, the most hallowed cricket ground of New Zealand is one to visit experience Test cricket in all its glory, especially when it is the Australian team that has visited their neighbours.

Wankhede Stadium in Mumbai is home to the Mumbai Indians IPL team and the Maharashtra Ranji team. This stadium is known for exciting matches with high scores because of the pitch and outfield conditions, and the World Cup or other international matches it has hosted are a testament to that. Wankhede is also the pitch which witnessed the 2011 World Cup final won by India. This is a stadium every cricket lover must-visit for exciting high run chases and vibrant atmosphere.
If you're planning visit Wankhede Stadium with your partner, to show them the sheer passion cricket fans have, don't forget to book a room at a couple friendly hotel in mumbai.

The ubiquity of the Newlands Cricket Ground of South Africa comes from its sublime natural surroundings. Overlooked by the iconic Table Mountain and Devil's Peak, Newlands, situated in Cape Town, is one of the most beautiful Sports Stadiums in the World. It is the home Ground of the Cape Cobras, and usually boasts a lush green pitch that is a fast bowler's paradise. South African speedsters like Dale Steyn and Vernon Philander had routinely cited Newlands as one of their favourite grounds. It is also remarkable for its partisan crowd, who turn up in huge numbers whether its a dead rubber or a World Cup Game. Newlands hosted a thrilling test match between India and South Africa in 2018, which the hosts won in a tense finish, lending more credence to the idea that it is a 'lucky' ground for South Africa.

The Oval in London is hallowed ground for Test cricket especially, having been witness to the first-ever Test match as well as being the birthplace of the Ashes. With an atmosphere worth experiencing, the Oval strikes a sense of awe into the most austere of hearts. It is home to the Surrey county team, as well as being the host for most international matches played by the English national team. With the pitch and the outfield being equally suited for high runs and high pace, matches at the Oval tend to be exciting and fast-paced. Alongside cricket, it has also witnessed the FA Cup final several times, has been the stage for England's first-ever international football match, as well as the venue for multiple international rugby matches.

These were some of the most legendary stadium through the world, which a cricket lover can visit to have an experience of a life time. 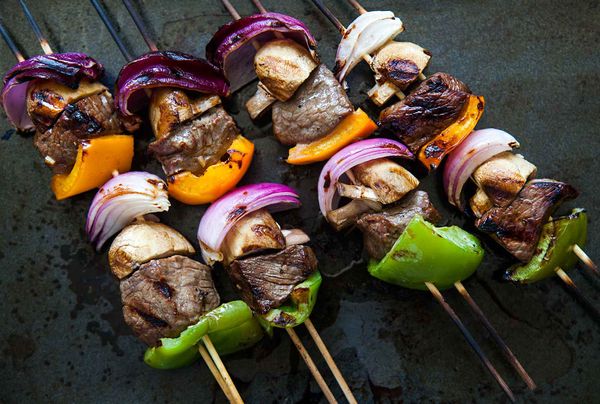 Everybody loves kebabs, and it is hard to resist those scrumptious pieces of meat, cooked with different spices, each with their own unique taste. Indian having a strong Islamic and Mughal influence due to the once Mughal dynasty, is home few of the most unique variants of kebabs to salivate on. 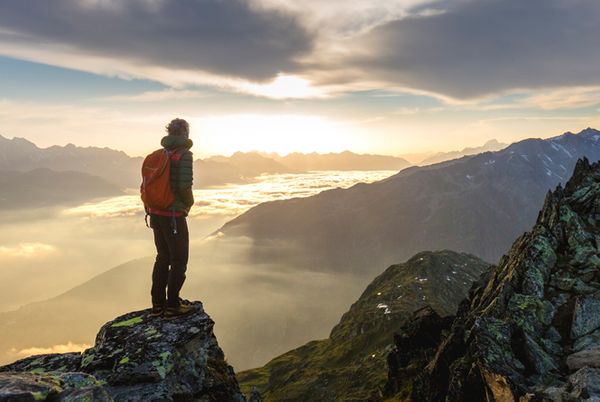 The advent of social media, there has altered tenets of human interaction that was previously prevalent in the society, resulting in massive socio-economic change. While the world has become smaller, there is a certain disenchantment and isolation that has crept in side by side.